So time to leave New Orleans managing not to get murdered or arrested. Apparently there are 27 other cities in the world that you are more likely to get murdered but number 28 was as dangerous as I was willing to go for the moment. Anyway, it was off to Memphis, home of the Blues, Beale Street, Sun Studios, Elvis and Graceland. Where to start?

After a ten-hour train ride from New Orleans the first stop was the hotel to drop the bags and figure out a plan. The hotel had a free shuttle bus into the centre of the city. Well when I say free the driver hustled me out of 5 Euro but that's another story. Beale Street was the first stop. The police had barriers on all the roads to allow everyone to walk on the street.

The city is proud of its musical heritage. Streets have been renamed after Elvis & BB King. Everywhere you go you are reminded of their musical history. Even stepping out of the elevator in the Carlton hotel we were greeted with a six-foot picture of Elvis in the seventies. Everywhere on Beale St. was either a music venue or a souvenir shop. You could feel the music in the city. In New Orleans sometimes you felt the music on Bourbon Street was sometimes just for the tourists. In Memphis it felt like the musicians were playing for themselves and we were allowed join in the party.

As it was the first night in town a lot of it was spent bar hopping trying to find the best places. They were all as good as each other it just depended on the type of music you wanted to listen to. Honky Tonk, Blues, Rhythm & Blues, Soul, Funk and even 2 guys doing a piano duel for tips from the audience. They would only play a request if it was written on a 5 dollar bill.

The below photograph was taken at the famous gates of Graceland where we decided to go the next morning. For as long as Elvis lived at Graceland there has been a tradition of writing messages on the outside wall. You could spend many hours just reading the messages from fans from all over the world who have made the journey. It is fascinating to see the amount of different places people have come from. Even if you're not a fan you would feel the love people have for Elvis even now almost 40 years after he passed.

If you click on the image below it will bring you to the gallery with a few more photographs from Memphis. I hope you enjoy and Keep on Rock'n 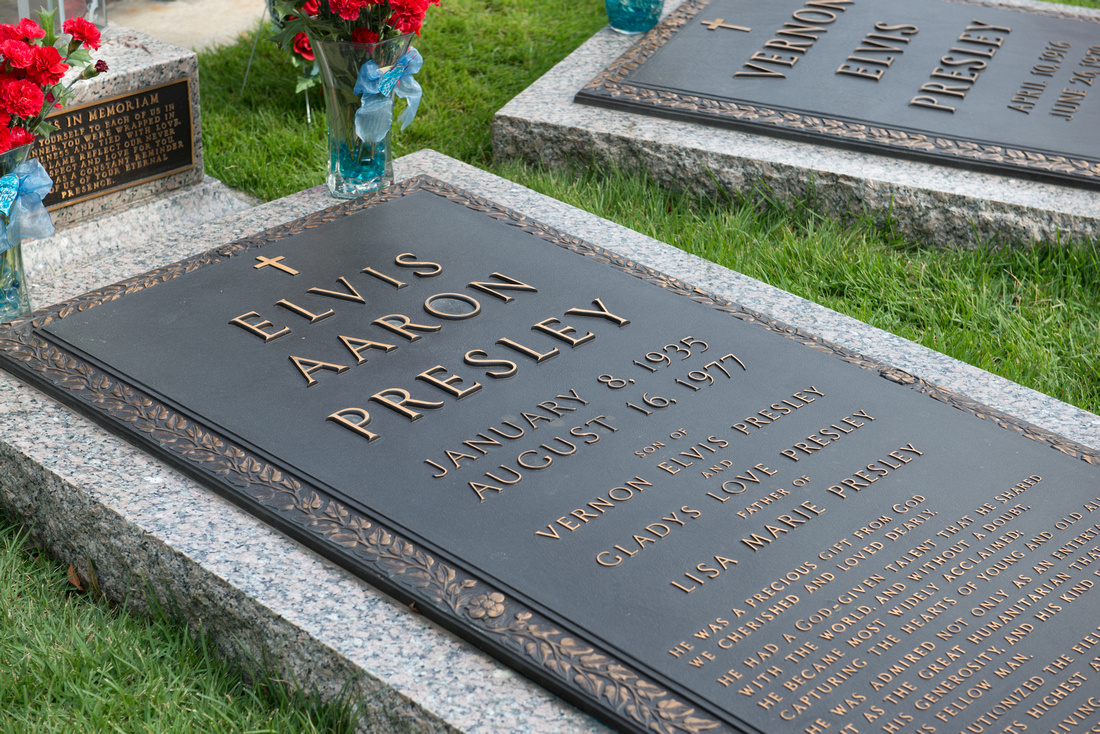 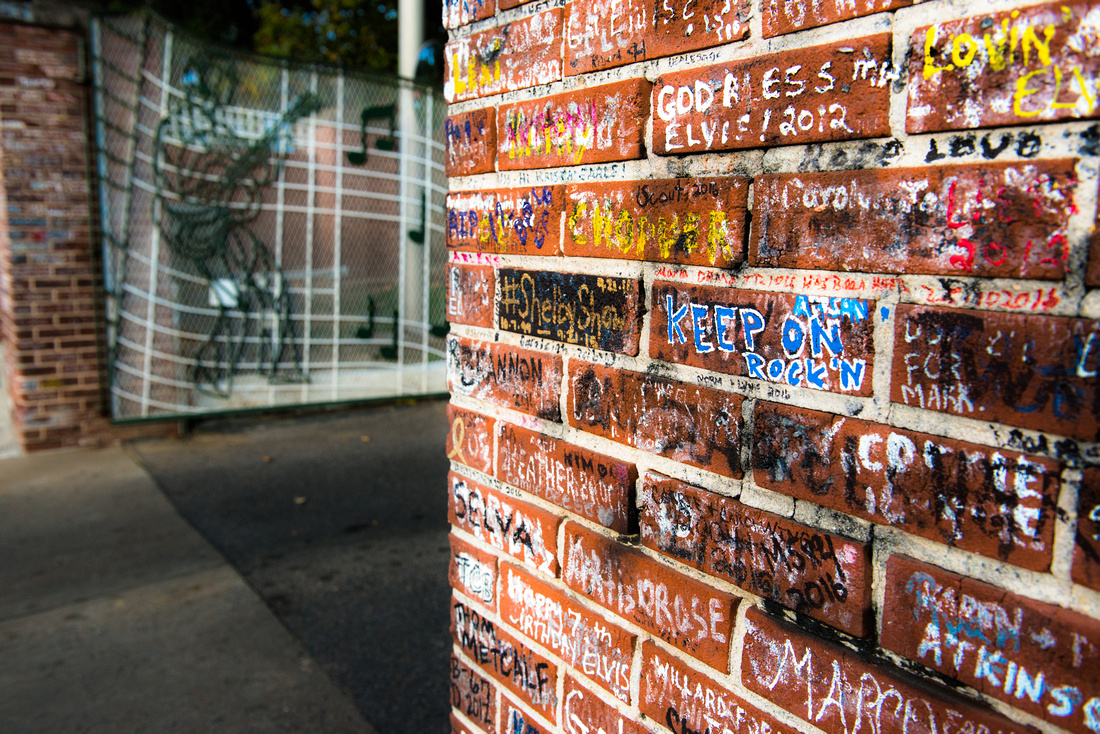 Each print signed and numbered.

Commemorating 40 years since the passing of Elvis Presley, The King of Rock and Roll. Perfect gift or present for any Elvis Presley fan.