After a few days visiting friends in Mobile and before heading to Memphis we stopped a few days in New Orleans. It was Halloween and from all accounts New Orleans is a party town at the best of times but Mardi Gras and Halloween are extra crazy. It didn't disappoint. All day every day the streets were filled with people in Halloween costumes. Everything from Jesus to Darth Vader. It was a place where anything could happen and it did.

You can see the city is still suffering from the aftermath of Hurricane Katrina. Lots of poverty and depravation can be seen once you are outside the French Quarter. You wouldn't blame the locals if they decided to leave their city for somewhere new as their government seems to have neglected them but they have a fighting spirit and are proud of their heritage. A big part of this is the music that echoes through the streets day and night.

The below photo was taken on the way back to the hotel one night when these musicians just pitched up on Bourbon Street, put a cardboard box in front of them for tips and started playing the most amazing Dixieland Jazz. There was no Galway Girl or Sweet Home Alabama here. You could see this was the music they were brought up on and they were now carrying the torch for the next generation. To these guys it was probably just another night but for the onlookers it was a piece of New Orleans magic they had come to see. Unforgettable!

Please click on the photo to see a few more shots of them. Enjoy! 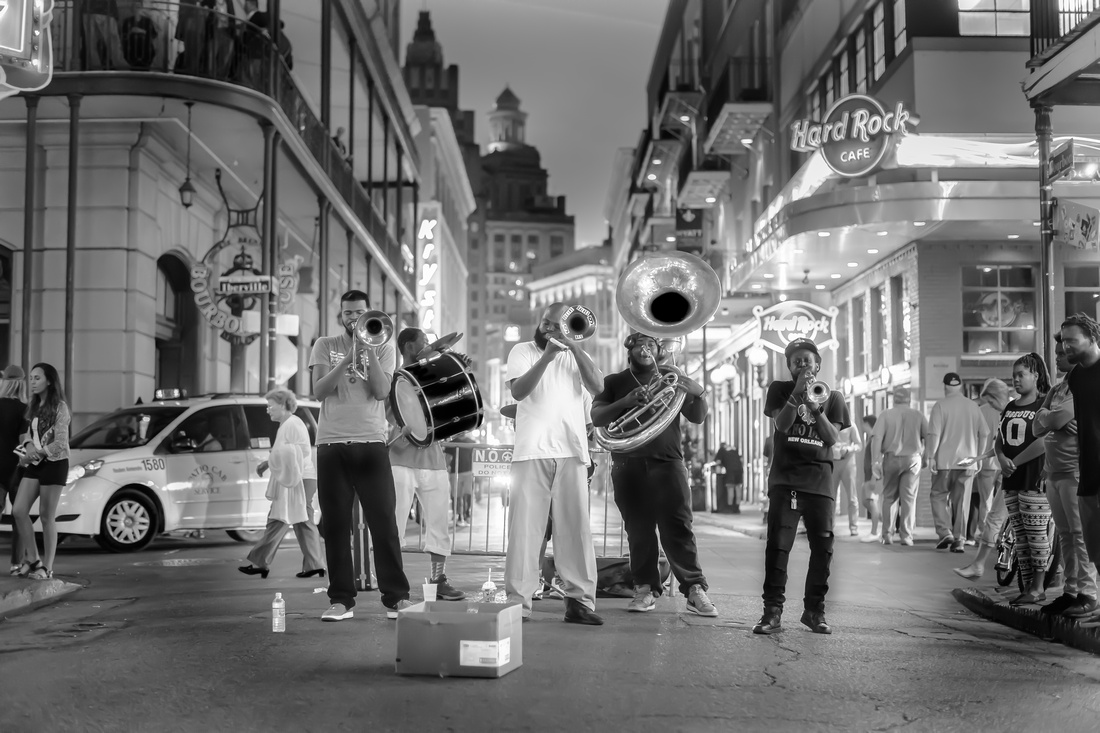